Reduce your chances of periodontal disease with regular hygiene visits.

Our hygienists make it their mission to keep your gums and teeth healthy. Regular hygiene visits allow removal of bacteria that collects below the gumline. When you suffer from periodontal disease your gums can be extremely tender. Our hygienists pride themselves on being gentle yet thorough when it comes to caring for your gum health.

What is periodontal disease?

Periodontal disease, simply defined, is an infection of the gums. When your gums become infected they need attention because they are the support for your teeth.

Bacteria found in plaque (a sticky, colourless film that coats the teeth) produces toxins that irritate the gums, causing them redness, inflammation and bleeding.

When plaque build-up and irritation is prolonged, the gums separate from the teeth, causing pockets (spaces) to form. As periodontal diseases progress, the supporting gum tissue and bone that hold the teeth in place, deteriorate. Keeping your gums healthy is the number one way to prevent tooth loss. 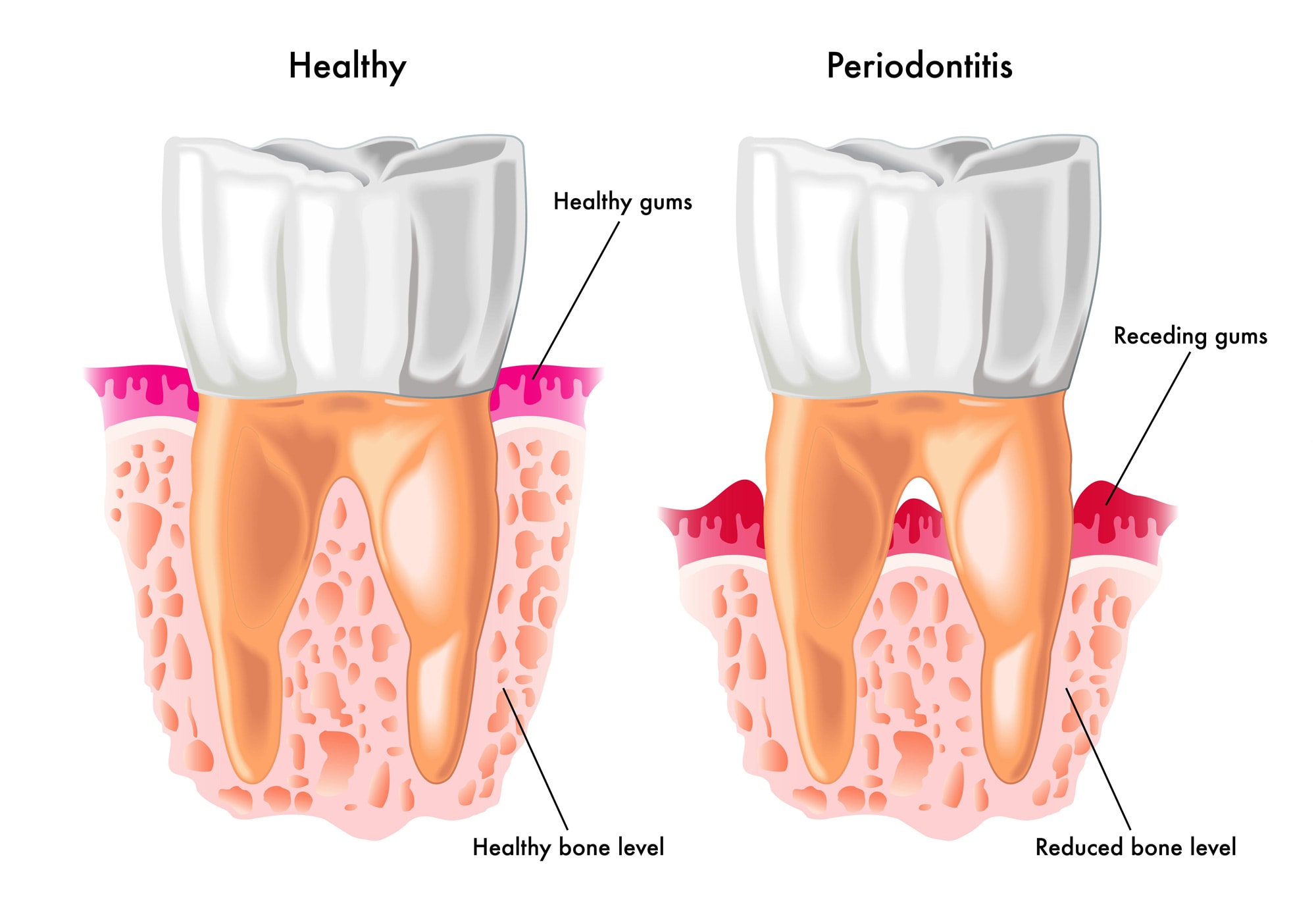 According to the Centers for Disease Control and Prevention (CDC), half of Americans aged 30 or older have periodontal disease. This equals approximately 64.7 million Americans

According to the Centers for Disease Control and Prevention (CDC), half of Americans aged 30 or older have periodontal disease. This equals approximately 64.7 million Americans

An excess of dental plaque is the primary cause of gum disease.

When plaque builds, it hardens forming calculus (tartar) which can not be removed without professional hygiene care. Daily brushing and flossing will prevent most periodontal conditions, however some people are genetically more susceptible to gum disease.

Other important factors affecting the health of your gums include:

Symptoms of periodontal disease include:

Research studies have suggested that periodontal disease is connected to a variety of other diseases, including heart disease, diabetes, and rheumatoid arthritis.

How can I prevent periodontal disease?

The best way to prevent gum disease is effective daily brushing and flossing, along with regular visits to see us for cleaning and dental exams.

Get professional dental care from kind people, in a comfortable setting.

With open arms, and an open chair, we would love to have you.

BOOK IN WITH US

New patients are always welcome, without a referral.